Restaurant owners across the province breathe a sigh of relief as the capped delivery charges will persist a little longer.

The BC government has announced that fees charged by third-party services like Skip the Dishes and Doordash will remain at 15% along with an additional 5% limit for other expenses until the end of the year. 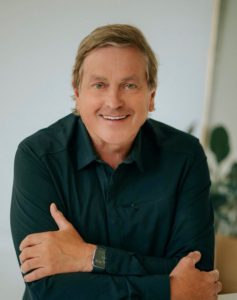 (President and CEO of the BC Restaurants and Food Services Association, Ian Tostenson. BCRFA photo credit.)

BC Restaurants and Food Services Association President and CEO Ian Tostenson believes a more permanent solution may emerge in the future.

“I suspect the government may be looking at some of the markets in the United States like San Francisco and New York have a permanent cap in place. I think this is something British Columbia will look at, as the government understands the importance of our industry. “

“We are still in a very uncertain economy with our restaurant industry and people still rely on great restaurant meals at home.”

“Our delivery and take-out is probably 25-35% of our business and when we were paying those pre-pandemic rates by paying over 30% for delivery, there was no money for the owner of the restaurant.”

Interim British Columbia Liberal Leader Shirley Bond has been a strong supporter of the cap since its implementation last winter and believes it was essential for the Horgan government to take a leadership role in lending a hand to an industry that has suffered its fair share of hard knocks. the last 19 months.

“It’s a way for the government to show that it understands business concerns. “

“We need to make sure they get the kinds of supports and resources that help them not only survive, but also thrive in the future. When you look at the delivery app fee when you use it, if the cap wasn’t in place it has a significant impact on restaurants’ bottom line and I think a lot of users don’t get that.